Comments: This was a quick 4 day trip with 12 very specific targets – 9 of which we managed to see.

Day 1: Arrived at Houston airport and drove about 10 minutes to Jesse Jones Park to start our birding – not tons of birds but lots of mosquitos. Did manage one of our first target birds which was Carolina Chickadee. There were also good views of Tufted Titmouse, Carolina Wren, Red-bellied, Downy and Pileated Woodpeckers.

There were thunderstorms in the forecast so headed towards our evening accommodation, Stage Coach Inn in Woodville. Just a note, this town is dry with the exception of one restaurant, The Tree.

Day 2: Drove to Angelina Forest – Baykin Recreational Area. We struggled at first but then hit the jackpot with our 3 target species all in about 10 yards. Red-cockaded Woodpecker, Brown-headed Nuthatch and Bachman’s Sparrow. This is a beautiful forest and we loved it. Also had Pine Warblers.

After breakfast at a road side stand we birded Gore Store Road in search of the Swainson’s Warbler. We didn’t have any luck but we did enjoy 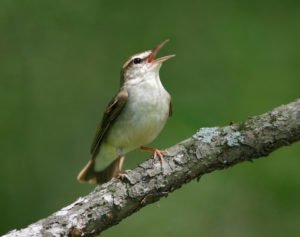 Hooded Warbler and White-eyed Vireo. Onto Big Thickett Visitor’s centre to see if any Swainson’s Warblers were around – but still no luck.

It was now raining so hard that we went to our hotel in Winnie (Hampton Inn & Suites) and waited for a couple of hours before driving down to High Island. The number of terns and waders was spectacular. We had over 30 species in a very short time and got one of our targets – Clapper Rail.

Discovered that there are no proper restaurants in Winnie so ate at Ali T’s Cajun – which was basically deep fired everything!

Day 3: Early start today for the Rail Walk at Anahuac reserve. There were a great deal of people on this walk but they sent some people into the fields to flush the birds and then some of us stayed on the road to watch which made it possible to see well.

We had Yellow Rail and Seaside Sparrow which were on our target list but no Black Rail or Nelson’s Sharp tailed sparrow unfortunately.

After the walk we checked out Boy Scout Park for warblers – not overly busy but still good. Took a break for breakfast and then tried again for Nelson’s Sharp tail – unfortunately with the same result..

Day 4: Today was to be all about the Swainson’s Warbler so we headed to Sabine Woods. There was only one other birder there which was great. And there were lots of birds – 39 species in total including 14 new for our trip – and the illusive Swainson’s Warbler at last!

Thought we would try for King Rail in the afternoon at the Anuhuac Reserve but the heaven’s opened again and we retreated back to the Hampton Inn. 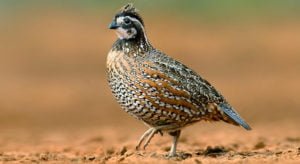 Day 5: We were still hoping to get Northern Bobwhite, King Rail, Least Bittern and Nelson’s Sharp-tailed sparrow so it was back to Anuhuac. The weather was still holding but we knew it could well be a fruitless day as there were very tricky species. Also tried the Hook and Frenchtown road near the ferry.

In the end we were happy to get Norther Bobwhite but the others were not to be seen.

Took the Bolowar ferry over to Galveston and spent the night at the Country Inn – should have stayed at the San Lius resort!